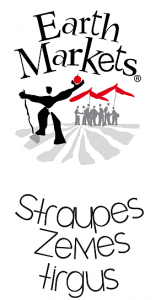 Straupe is a small village in northern Latvia with a population of just over 700 inhabitants. Founded more than 800 years ago, it is home to one of the most important farmers’ markets in the country. Set up in 2008, the market became an Earth Market in 2016 thanks to the Straupe Slow Food Presidium. From August 21 2016, the market will move to a historic square previously overgrown with vegetation and only brought to light again a few years ago.

The Straupe small producers market is somewhat atypical. Normally producers travel to towns to sell their wares, but here it is the inhabitants of nearby towns and villages who go out into the country, to Straupe, to reach the producers. Every market day about 60-70 producers come together to sell their wares. In June, the heart of summer for Latvians, the number may rise to 90. On the busiest days, up to 2,000 people mill the market stalls, where they can taste bread baked in a century-old oven or cheeses made with freshly drawn milk. The market producers also sell fresh seasonal fruit and vegetables, smoked hams and homemade blood sausages, fresh mutton, cakes made with cream and eggs from the surrounding countryside, rye-crust meat pies, homemade blackcurrant, bramble and lilac juice, rhubarb and plum cider, and toasted hemp seeds, one of the most important sources of protein in the olden days. It is also possible to find honeys made from the flowers typical of the Gauja National Park faraway from industrial sites, all sorts of street food and much more besides. Latvians love to gather wild berry fruits and mushrooms, which are hence also easy to come across at the market. Children have great fun at the section of the market where breeders sell their livestock: here they get to know the various breeds and see, for many of them for the first time in their lives, live rabbits, hens, cattle and other animals.

Another important section that the Straupe small producers market takes pride in is crafts. Here it is possible to find chairs, wooden spoons, loom-woven wool tablecloths and shawls, hand-knit gloves and stockings decorated with traditional patterns. The Straupe small producers market is small but also represents a tangible, real investment to raise the profile of the Latvian cultural heritage, which the farmers and artisans are continuing to defend.

The Straupe Earth Market is held every first and third Sunday of the month, except for the first Sunday in January. 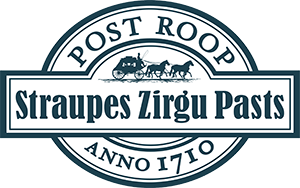